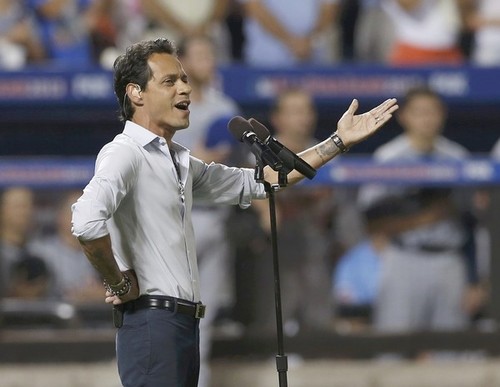 This comes on the heels of another explosive racist attack on an American singer of Latino background – who just happened to be an 11 year old child: Sebastian de la Cruz, a San Antonio, TX, US, native of Mexican descent. Sebastian rocked the Star Spangled Banner when the scheduled singer couldn’t make it to game three of the NBA Finals, wowing the crowd with his angelic voice.

One of the proudest moments in this young American’s life was marred by a Twitterverse response worthy of a gaggle of Ku Klux Klanners. But, David Knowles of the New York Daily News points out, the amazing young man did not allow bigots to steal away his pride, self-confidence or even his sense of compassion:

The sight of de la Cruz, who wore a silver and black mariachi outfit while singing the anthem, sparked a vicious backlash on social networking sites like Twitter.

“Can’t believe they had the nerve to have a beaner singing the national anthem of America #smh,” wrote Twitter user who goes by the handle The Great White.

“There’s a little Mexican kid singing the national anthem … What has the world come to?” tweeted Dustin White.

De la Cruz, who was raised in San Antonio, was filling in for country singer Darius Rucker, who canceled at the last minute. When he got word of the social media backlash against him, however, the 5th-grader showed even more remarkable poise.

The fifth-grader demonstrated maturity beyond his years when he dismissed the hatred. ‘With the racist remarks, it was just people — how they were raised.’ My father and my mama told me you should never judge people by how they look,” Sebastien told KENS-5