Skip to content
“Injustice Anywhere is a threat to Justice everywhere.” ~ Dr. King

This is an update from a Standing Rock volunteer. It’s not pleasant.

I have returned from Standing Rock with my mind blown, my heart broken and my spirit troubled with foreboding of a deepening tragedy. Volunteering as a legal observer with the Water Protector Legal Collective I witnessed several confrontations between Water Protectors (WP) and law enforcement: national guard, sheriffs and private security (LE). read more 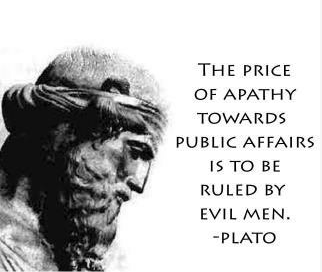 I’ve made comments to the FCC about net neutrality in previous comment periods but not this one. Enter John Oliver, who made such a convincing argument about the need to take advantage of our bloody rights as US citizen to make a positive difference in this matter, that I felt shamed enough to submit another comment today.

If you too wish to be motivated to get off YouTube, Facebook or whatever you’re on for a while and use your computer for the God-given purpose it was clearly designed for (that is: the protection and furtherance of global democracy) then you too NEED to watch John Oliver’s segment on Last Week Tonight about Net Neutrality. Go on, I dare you to watch and come away uninspired.

I hope you’re happy now @iamjohnoliver and you’ll stop implying that I would be stupid and sleazy – not to mention lazy – to not fulfill my democratic obligation by making this comment. Granted, the topic is an issue that I care more about than almost any other matter besides eating and my family. But name-calling to motivate me to take an almost sinfully easy action to protect my rights? Well, that was an extremely low blow, even if an utterly effective one.

14-28 Protecting and Promoting the Open Internet:
My college students sons and I believe in net neutrality, and we want it for all the good it provides us: information access, easy and open communication, streaming videos & movies, activism portal, access to the knowledge of the world!, translations. The internet was built with funds from users. I’m a user, my sons are users … everybody’s a user. Companies that provide point of access do not have the right to limit our access in any way. Do the right thing for the people, not for the corporations trying to dominate and control our lives. Use Title II to protect the open internet and net neutrality for all. Forever!

This is where you go to enter a comment to the FCC of your own: fcc.gov/comments.

And then if you were feeling super-motivated, you might amble over to Battle for the Net and use their easy tool to write and call your congressman and senators to tell them that Net Neutrality’s important to you. You could even send another one here. Why stop when you’re on a role? 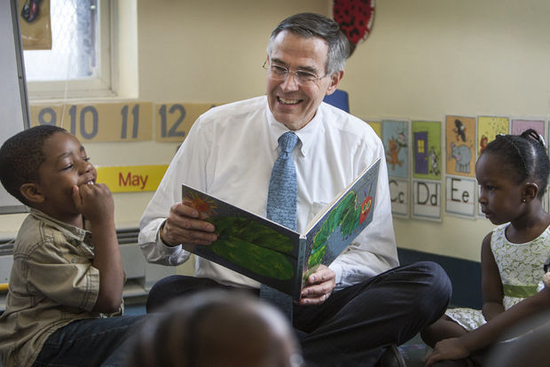 Heed the words of Reverend Dr. Martin Luther King, Jr. and do not vote for Cory Booker, who does not possess the respectable virtues Dr. King believed in:
=&0=&

Like Loading...
Mother Crusader tells why she knows that student performance – as demonstrated by standardized testing – can never be accurately used to determine how good a teacher is: her twin children have been with the same teachers since pre-K and their student performance is radically different. Mother Crusader recommends that parents opt their children out of standardized testing, and cautions that in New Jersey it will be used against teachers beginning next year:

And here is a GREAT reason why to opt your kids out. One of the “high stakes” attached to state tests is teacher accountability. These tests are NOT designed to evaluate teacher performance, yet that is EXACTLY what they will be used for.

I have twin six year olds. They have the same parents, same opportunities, have had excellent early childhood education, and have had the same teachers since pre-K.

One daughter is significantly above grade level, and the other is below grade level. I am quite sure a standardized test would stress my “below level” daughter and she would not be “proficient”. There are many misconceptions about what the Jewish Bible is, arising largely from the fact that only the most dedicated Jewish scholars have engaged in the many years of study required to review and learn what Torah contains, and what it actually is. Some people refer to the Torah as a set of laws, but this is not accurate. Torah, or teachings, refers to more than the Torah scrolls kept in Jewish synagogues and the complete body of “written scripture” which Jews call the Tanach and Christians call the Old Testament. It also refers to the Oral, or spoken, teachings. Books on specific topics have been written by prior and modern sages that collate, codify or explain, information that is found woven throughout different parts of the Torah, for example: Maimonides book listing the 613 positive and negative commandments Jews must adhere to and the laws of careful speech, which is another area of Torah study which merits its own, special, space.

The written Torah or “Torah she biktav“, contains the Chumash, psalms, proverbs, the Book of Job, stories of Ruth and Esther, and the writings of the Prophets, among others. The Oral Torah or “Torah shel bal peh” is a somewhat confusing term today, because most of the teachings in this spoken tradition were written down several centuries ago when the sagest rabbis of those times feared that they would become lost to Jewish people eventually if not recorded in writing. Here’s a pretty good explanation of the relationship between different parts of Torah and this is a good general definition of Torah:

…the word Torah includes anything that authentically explains or expands the instructions received at Sinai: the Prophets and Scriptures, the Mishnah, Talmud, Shulchan Aruch (that’s the Code of Jewish Law), and the thousands of books and commentaries on them all. They all fit under the vast, ever-expanding Torah umbrella.
http://www.askmoses.com/en/article/417,66/What-is-Torah.html

Chumash, Pentateuch or 5 Books of Moses

Is the compendium of five books written on Torah scrolls, which is also published as a single volume named Chumash, Pentateuch or 5 Books of Moses – all meaning the same thing in different languages. They are part of the written Torah. The five books are (Hebrew followed by English): Bereshit (In the beginning or Genesis), Shemot (Names or Exodus), Vayikra (He called or Leviticus), Bamidbar (In the desert or Numbers) and Devarim (Words or Deuteronomy).

TANACH is an Acronym aka TANAKH

TANACH is also part of the written Torah. Hebrew has a different alphabet than English, so Hebrew words aren’t always spelled the same when transliterated to English. TANACH is also commonly spelled TANAKH.

…based on the letters T (for “Torah”), N (for “Neviim,” the Prophets), and K (for “Ketuvim,” the Sacred Writings) … The composition of the “TANAKH” was determined by the “Anshei K’nesset HaGedolah,” the Men of the Great Assembly, under the influence of the “Holy Spirit.” It consists of twenty-four “Books,” where first and second volumes of one work are counted as one, and where all the twelve “Books” of the “Trei Asar,” the Twelve Prophets, are also considered as one.
http://www.ou.org/about/judaism/tanakh.htm

Part of the oral Torah are the Midrashim, which are stories giving examples of how Torah is experienced in our lives. Mishna/Talmud, is the part of the oral Torah that lays out rules about how individuals and communities need to interact in order to be fair and uphold righteousness. Each page of Talmud contains a brief passage of Torah, and is surrounded by very tiny text containing the discussions rabbinic sages of Jewish history held in order to determine what that particular passage meant and how its interpretation should be applied to the people of those times in the context of the society in which they lived. Get a lesson in how the layout of a page in the Talmud works. There is a study program that calls for learning one page of Talmud every day, known as Daf Yomi (Page a Day), in which thousands of Jews around the world participate. It takes 7 years to complete.

Kabala is yet another part of the oral teachings which has its very own rules and knowledge base. Kabala contains some principles and concepts that can be taught but in its highest form, it is received knowledge. Kabala is derived from the Hebrew “mikabel”, meaning: to receive.