“It must be a top priority of government to protect the health, safety and welfare of our residents,” said Senator Ruiz (D-Essex). “Providing basic government documents to those without a permanent residence free of charge is the right thing to do, since these documents are vital to accessing any number of services and to obtaining housing and employment.” read more Jews are commanded against following these laws, since we are obligated to feed and tend to the most vulnerable in our midst. The Shulchan Aruch writes: read more Add this story to the growing evidence that a war is being waged in America to make compassion a crime and to deny the most basic services to our #neighborswithnoaddress – the vast US homeless population of over half a million people. Which by the way ‘but for the Grace of God‘ could be you or me. Emily Green of Street Roots News reports on the plight of “Jackie”, whom police arrested for theft for charging her cellphone in an outside receptacle located in a planter box in Old Town, Portland. This story was reported by Street Roots, a Portland newspaper that serves the poor and homeless. read more My statement to Wyndham Hotels on their Facebook page:

Your ambiguous statement about the homeless couple you threw out into 9º weather altho a benefactor had paid for the room for them is just meaningless lip service. You need to do better with a policy change. You also refused to refund the room fee the benefactor paid. That’s plain nasty.

The generous benefactors paid for three nights for the homeless couple and did give it back, but only after 110,000 people signed a Care2 Petition condemning Wyndham’s actions. read more The Guardian reports on this truly funny story:

When a bunch of people emerged from subway tunnels and told this lady’s husband to stop filming his wife and surroundings with his little camera, the couple understood that something strange was going on. Two days later the French tourist learned what, when she spotted her photo in a newspaper! The homeless man to whom she had given her left-over pizza was actually actor Richard Gere, who was preparing for an upcoming movie role by walking around the streets of Manhattan in character as a homeless man, rummaging through garbage cans for scraps of food. read more Thanks for your interest in supporting the Newark Grassroots Humanity Group, an entirely community funded and staffed collaboration of individuals and non-profit organizations which provides humanitarian aid to Newark’s “neighbors with no address” (aka homeless people). The group’s principal mission is to provide a warm location, food and social service connections to

Tax deductible financial donations for the Warming Station are being accepted by Partners in Acts (PACTS). You can make a donation: read more The philanthropist says, “Everybody has got 5.5 liters of blood. I am just a man.” On the social controversy of a person of his social class hugging and caring for the people India calls ‘Untouchables’ he says, “Food is one part, love is another part. The love and affection which you show will give them mental nutrition. Life’s ultimate purpose is to give. Start giving,” he urges. “Feel the joy of giving!” read more 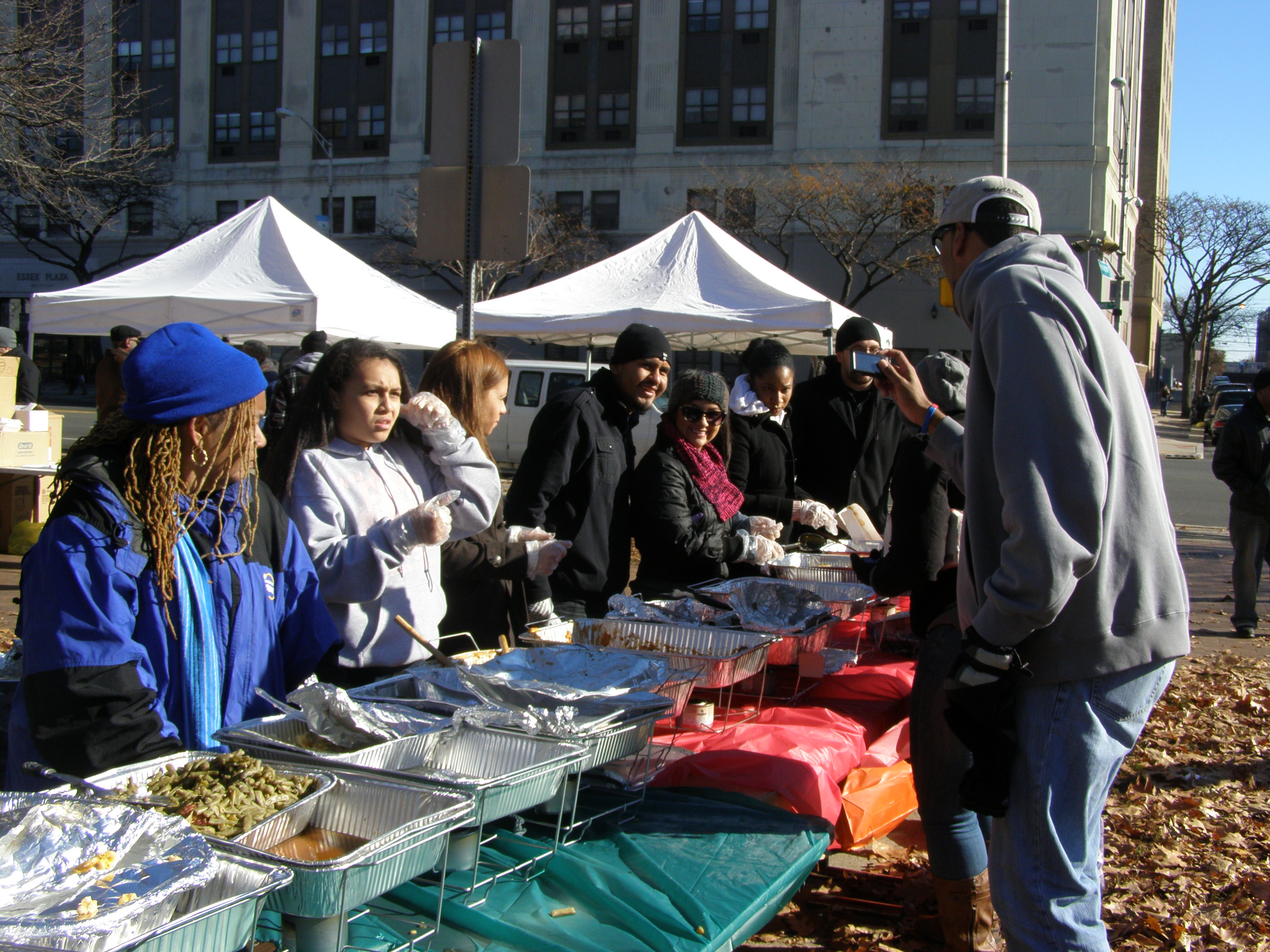 How about you? This year, will you help make Thanksgiving wonderful for the many who don’t have the wherewithal to do it themselves? We are talking about those without a home … or lacking family to share the holiday cheer.

There are plenty of opportunities to roast turkeys and bake pies in the days leading up to the holiday and to share food and love on Thanksgiving Day with community members in need of TLC and cheerful company. We are also collecting money, gift cards and clothing! If you have an event to share or questions about how and what to donate, reach out to me on Facebook or Twitter. read more 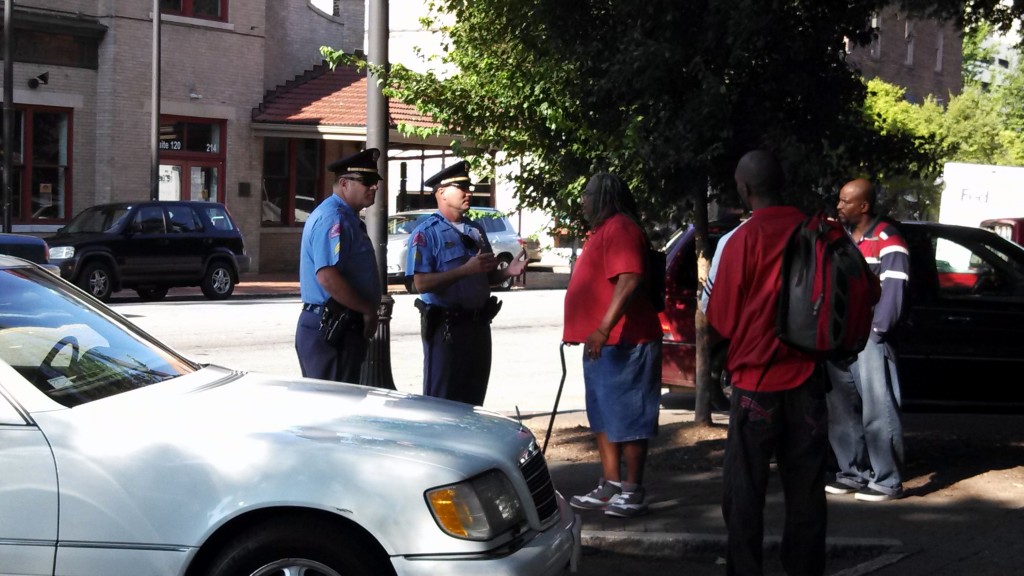 Do you know that in over 50 large US cities it’s illegal to share food with the homeless? Members of the church Love Wins in Raleigh, North Carolina learned this yesterday when they were threatened with arrest for distributing food to homeless in a park. The state of civil society in the United States is in much worse trouble than most people know.