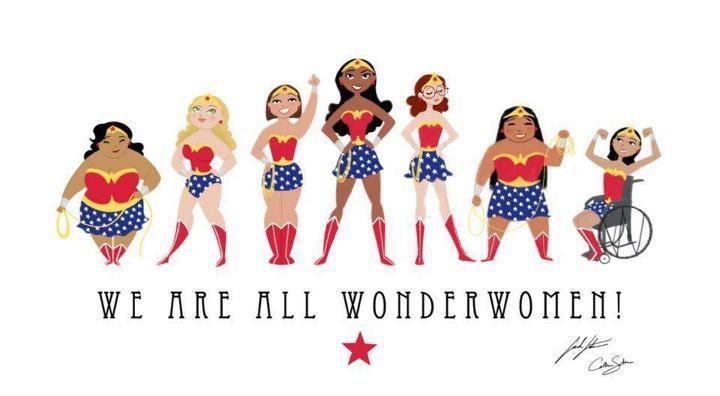 What is this trend, that even women refer to women as bitches? Stop doing this. Demand respect.

is generating quite a bit of discussion. Lady friend Marilyn admits that she uses this word, but in a popular language context (meaning, not with derogatory intent) and @Han Broekman points out that language mutates with time and across cultural lines. But a bunch of my Facebook friends say they’re glad I took a stand.

(BTW, if you’re interested in the Wonderwomn Poster, one of the twin sister artists talks about it here. And, they have an Etsy store where you can order a print.)

Whereas the language evolution arguments are intriguing, I stand by my point of view. I believe that the women who are using “bitches” to describe ourselves and other women, are unwittingly being drawn into reinforcing a culture of disrespect for women – which I’m sure is neither their intention nor desire. To the extent that language is a creative tool, let’s create a culture of respect and a future where difficulties women face are no longer part of our collective reality. Here’s a list of what needs to go:

The Dalai Lama’s ideas may make women feel very differently about ourselves. HHDL last Thursday 13 june 2013 commented, “My successor may be (a) woman,” and went on to share these thoughts:

The 77-year-old monk said the world is facing a “moral crisis” of inequality and suffering and needs leaders who can bring compassion to their post.

“On a few occasions I also got some beatings. But my mother was so wonderfully compassionate,” the Dalai Lama was quoted as saying by Australia’s AAP news agency.

His comments come as an Australian opposition leader sparked a controversy by using “grossly sexist and offensive” words to describe (Australian Premier) Gillard’s body at a party fundraiser menu. I’m for adopting the L word: as in, Michelle Obama. This a Lady it would be really hard to think of referring to by any other term.