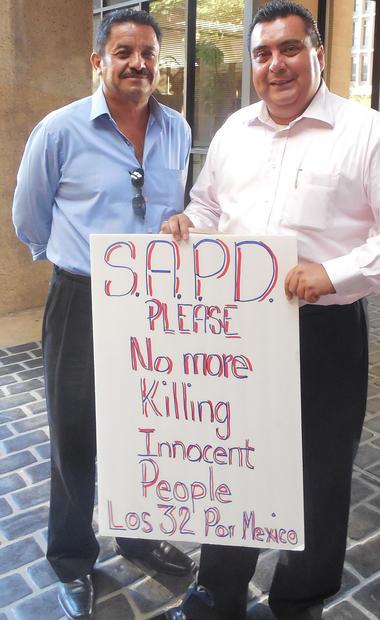 Police in Santa Ana, California have killed five unarmed residents this year. Some residents wonder if this is part of a political strategy to create an environment which discourages people from fighting against being run out of their homes and off their land.

This writer has been informed by other residents about land grab schemes within the city. People who want other people’s property reportedly have city officials misuse their positions to cite the property for bogus violations for the purpose of later condemning and stealing the desired property. The city has been known to turn off the water of residents and then cite them for not having water as part of this seemingly continuous scheme of corruption. The information provided by residents appears to confirm that Mr. Burcaw’s complaints are common place in Santa Ana.

The repeated killing of unarmed citizens as if Santa Ana is a shooting gallery, the illegal seizure of land and the failure to enforce laws against criminal activities are serious matters that warrant an independent investigation. The federal government might want to take action while some of the residents are still alive and haven’t had their property seized — yet.