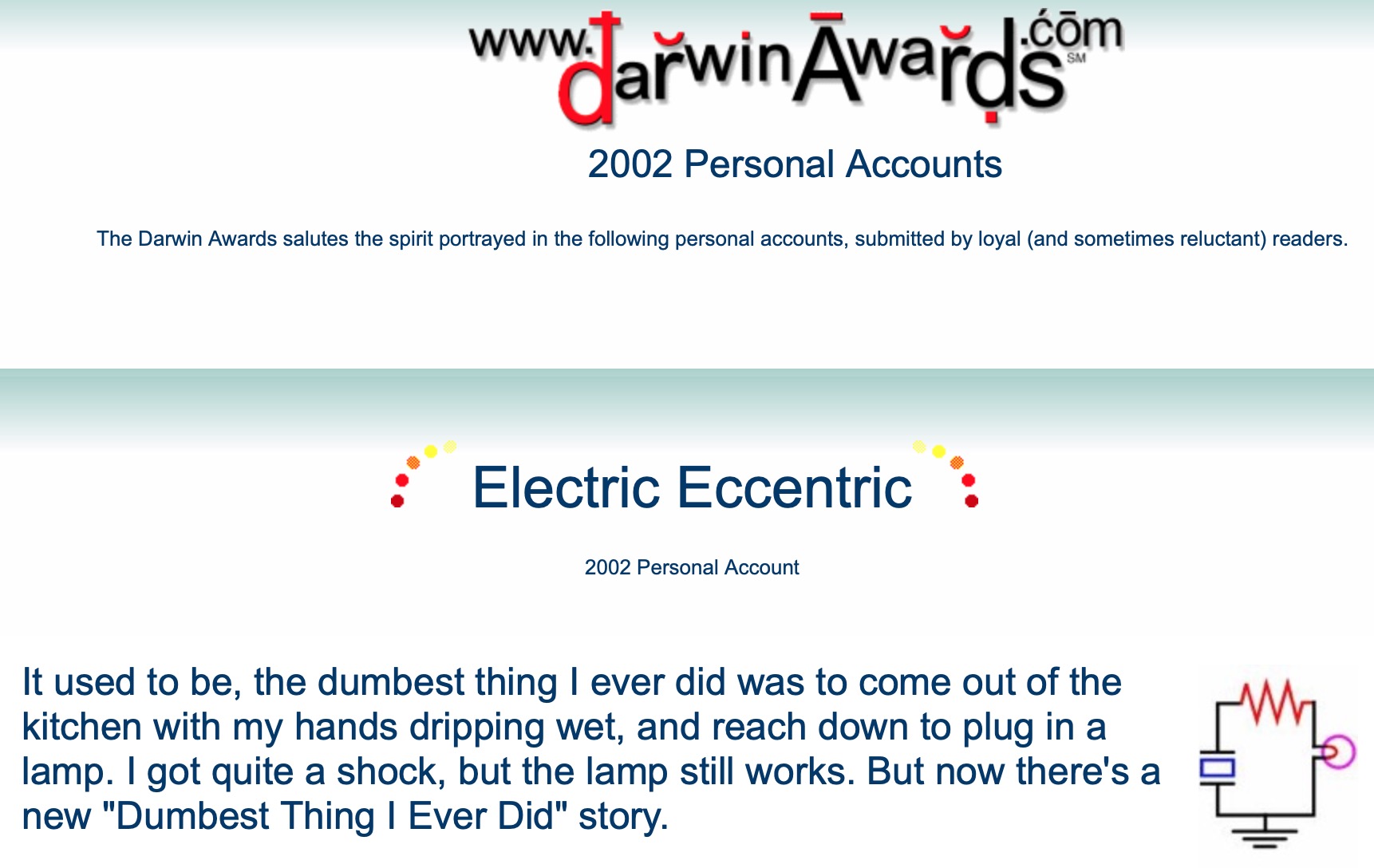 One thing I learned about the Darwin Awards after I sent in my story, is that only people who die while committing an exceedingly stupid act can win an award. Survivors like me only ever qualify for honorable mention.

As I didn’t become late during my close flirtation with electrical current, I could only win an honorable mention, but still, that’s a bigger deal than you might think: 2204 people liked my story on the Darwin Awards website, which is featured on a page of its own. And it even ended up in one of the books published by site creator Wendy Northcutt.

Read my story Eclectic Eccentric on darwinawards.com and if you like it, please cast a vote and maybe also share my silly story.

While you’re there, read other intriguing accounts of misadventure with tools, nature and devices of every type. Don’t feel bad if you’re moved to laugh at the crazy way people kill themselves. The brilliance of Wendy’s Darwin Awards is that they make it OK for us to laugh at human foibles and maybe even learn a thing or two about safety.