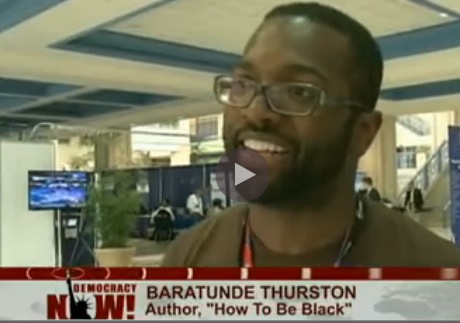 Friend Bryan Alexander reminded me tonight that Dems take the Black vote entirely for granted. He’s so right. This is probably one of the big reasons that communities of color aren’t getting the help they expected with fighting public school takeovers by charters (Philly) … schools being just closed down (Chicago (where 49 schools were closed in one day – by Dem mayor Rahm Emmanuel) and Newark) and why Dems supported the devious Governor Christie’s 2013 re-election bid instead of getting behind Democratic Party candidate Barbara Buono – a progressive with a long, strong record of promoting excellence in public education, and transparency and accountability in the realm of public service and politics.

It’s about developing the people of the future, though!

TED speaker Sir Ken Robinson understands and reveals the importance of developing native creative thinking and enthusiasm in school children. Other positive voices are beginning to make themselves heard …

BTW, the Republicans are way worse

As imperfect as the Democratic Party is, the Republican party is worse for people of color. Daily Kos writer futurebird wrote in 2008,

The reason that many black people are democrats has nothing to do with social welfare programs. It’s about respect. Being a republican would mean being a member of a party that has not done enough to purge itself of racists– a party that has held black voters in contempt and characterized us as a legion of welfare moms who steal tax dollars from “real hard working Americans.” No self-respecting person would put up with that. This is why even wealthy black people remain democrats.

@Baratunde Thurston probably agrees with this statement. When he attended the Republican National Convention as a member of the press, Baratunde saw so few Black people amoung the crowd of 50,000 that he decided to count them and called his tally #negrospotting. Including hotel and convention staff, the total was 238.